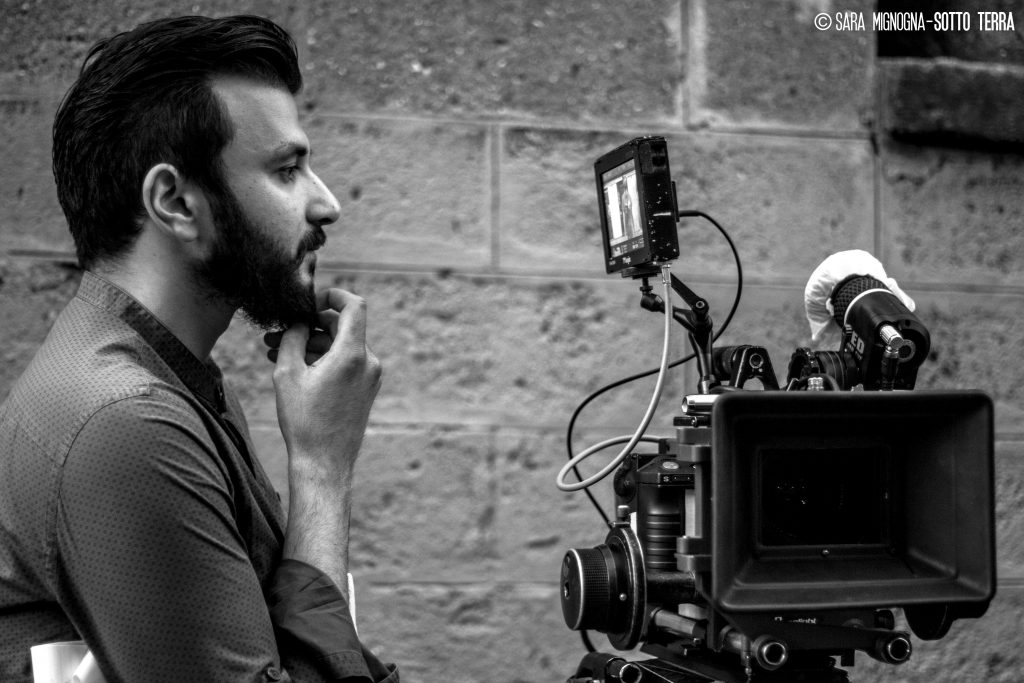 Mohamed Hossameldin is an Italian –Egyptian director. He started his career as a camera operator at Sky and Mediaset. In 2011 he attended RUFA -Rome University of Fine Arts cinema course, and he graduated with honoursin 2014. In 2015 he directed the short movie “Sotto Terra”,selected, among other festivals, at Giffoni Film Festival and Festival del Cinema Europeo. The short film won several awards. In 2017 and 2018 he directed two short films, “Il Passo”and“Yousef”, both financed by MigrArti, a project of the Italian Ministry of Culture; they were both selected at Venice International Film Festival.“Yousef”,produced by Premiere Film and coproduced by Smile Vision, is the only italian short film selected in the international competition at Clermont-Ferrand International Short Film Festival.