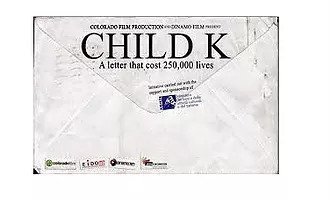 The short film CHILD K produced by Colorado Film, Dinamo Film and Eido Lab with the contribution of Mibact and the Apulia Film Commission is being screened in Los Angeles, distributed by Premiere Film and Colorado Film. “Child K” is the short film that will represent Italy in the pre-selection for the Academy Awards.