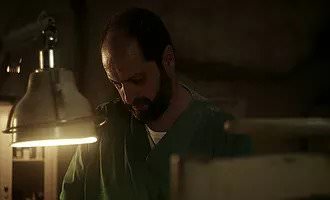 Prem1ere Film acquired the distribution rights of TABIB (for the territory of Italy). The short film is directed by the italian director/producer Carlo D’Ursi and produced by the spanish company Potenza Producciones with the support of ICAA-MINISTERIO DE CULTURA / COMUNIDAD DE MADRID. Premiere Film will be partner of the Spanish company Marvin & Wayne, one of the most important short film distribution companies in Europe.